Leave a comment Posted by Leah Darling Roberts on September 12, 2015 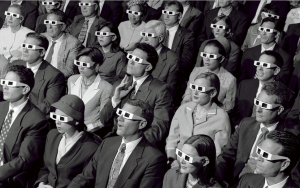 Labor Day. The official end of summer and, according to women of my grandmother’s generation, the last day you could wear white shoes during the year (unless you were a nurse or wished to be considered tacky).

I love to hike, and there’s nothing I like better than hoofing it through the Rockies on a gorgeous summer day (except hoofing it along the beach like I used to do when I lived in California). However, other people like those things too, and when you live in a popular state, things tend to get a bit crowded on the last weekend of summer.

This year, we took the hike a week early and held our very own Labor Day Movie Marathon at home. It was so fun we may make it a tradition.

I love all types of movies, especially cult classics. The kind of films that feature quirky, morbid, or borderline inappropriate subject matter, and make it gut-busting, fall on the floor, pee your pants funny. The kind of movies I buy for my collection and never, ever grow tired of watching.

Waking Ned Devine is a 1998 comedy by English writer and director, Kirk Jones. The story takes place in a small Irish village, where one of the inhabitants buys a winning lottery ticket and promptly dies. Unfortunately, Irish lottery winnings must be claimed by the purchaser. As the inhabitants of the village discover what has happened, each schemes to collect the money for his or herself. British humor at its finest. (Also, treachery, mayhem, naked old guys, and fruity soaps.). Need I say more?

Harold and Maude, starring Ruth Gordon and Bud Cort, is an oldie but goodie. The 1971 film is about an unlikely romance between a death-obsessed 20-year-old boy who fakes suicides, drives a hearse, and attends strangers’ funerals, and the 79-year-old woman who teaches him to appreciate life. Panned by the critics when it was first released, Harold and Maude has become a cult classic. 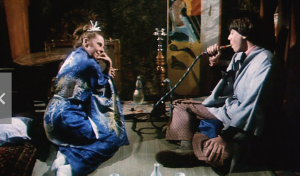 The Grand Budapest Hotel, the 2014 comedy directed by Wes Anderson, is destined for cult status. I’ve seen it three times since its release and noticed new details each time (weird things going on in the background, weird facial exchanges between the characters, weird items on the set). What can I say? It’s a weird film. And it’s brilliant. Set in the fictional Republic of Zubrowka, which resembles a 1930s era Eastern European country, the film stars Ralph Fiennes (the actor who played Voldemort in the Harry Potter films) as a hotel concierge who teams up with his trusty lobby boy to recover a valuable painting, prove his innocence after he’s framed for murder, and partake in a slew of other misadventures. The film has a large cast (each of whom speaks with his or her real life accent) and includes cameos by Bill Murray, Jude Law, and Owen Wilson.

Weekend at Bernie’s, a 1989 comedy about two employees at an insurance company who discover that someone has been embezzling money from the firm. When they confront their boss (Bernie) with the evidence, he invites them to spend a weekend partying at his beach house. After they arrive, they find him murdered, discover Bernie is actually the embezzler, and learn that he’s ordered mobsters to kill them if he should turn up dead. They spend the rest of the weekend interacting with a house full of party guests, while dragging their boss’ body around and pretending it is alive.

Shaun of the Dead (2004) is a British/American/French horror film parody about a pair of 30-something slackers who find themselves caught up in a zombie apocalypse. The film stars Simon Pegg and Nick Frost, who also star in 2007’s Hot Fuzz, an action comedy set in a small English village. British comedy, zombies, bumbling bobbies . . . what’s not to love?

What’s Eating Gilbert Grape. This 1993 film is actually classified as a drama, although it has plenty of comedic moments. The story is about a young man named Gilbert Grape (played by Johnny Depp) who shoulders a lot of family responsibility, including helping his morbidly obese mother who hasn’t left the house in several years, and caring for his mentally challenged younger brother (masterfully played by a teenaged Leonardo DiCaprio). 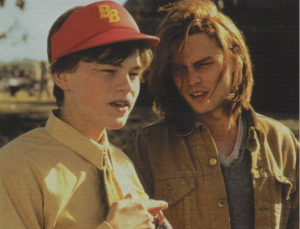 This weekend, Marvin and I plan to take advantage of the gorgeous weather and post-Labor Day lack of crowds and spend some time outdoors, but I’m really looking forward to the new crop of holiday release movies, including Meet Your Makers, a Frankenstein/Igor thriller starring James McAvoy and Daniel Radcliffe, and The Hunger Games: Mockingjay – Part 2.

Fall will be fabulous.